The zones are located in Lahore, the capital of Punjab, Pakistan, which is the second largest city in Pakistan and its industrial center. As Pakistan’s economic development center, Punjab province has a safe and stable political, economic and living environment, achieving an average GDP growth rate of more than eight percent in recent years.

The planning area of the first district of the Economic Zone is 330,000 square meters, and the second district will have an area of 20,000 square kilometers. Leading industries now in the zones include household appliances, automobiles, textiles, building materials, and chemical industries. Expanded on the basis of the existing Haier Industrial Park in Pakistan, the Economic Zone was established by China’s leading home appliance maker Haier Group and Pakistani firm Ruba. Haier has a 55 per cent stake in the joint venture, while Ruba holds the remaining share. Both parties invest in cash and jointly purchase the land for construction purposes. 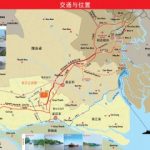 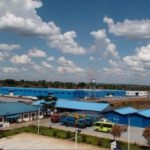