The industrial sector does not contribute much to Hong Kong’s current economy. For instance, the added value of the manufacturing industry ($35.5 billion) accounts for around 1.2% of the total GDP in 2018. Since Hong Kong’s economy heavily relies on the financial industry, the local economy is less stable and less capable in building resilience. We support the Government’s proposal for promoting the development of innovation & technology and re-industrialisation, as we believe it helps improving Hong Kong’s economic development, building foundation for the advanced manufacturing industry, as well as assisting innovations.

At present, outputs and results of the University Grants Committee (UGC) funded research are held by Universities. Since selling of patents is not easy, research teams and Universities have little concern for the possibility in industrialising research findings. Instead, they focus on the academic nature of research projects and publishing papers. The present mechanism suffocates the development of industrialisation of research output and splits scientific research and industrial development.

For government-sponsored research institutions like the ASTR, as the degree to which research output gets industrialised should be included as an important criterion in evaluating their performance. The government should draw a linkage between the progress and research funding. Hence, those institutions can be motivated to conduct research in response to the needs of the public and the industries. It would be important to maximize technological development.

Development of supporting equipments and chains cannot be done overnight. If industries fight alone as they work on innovation & technology and promote industrialisation, they inevitably face restrictions. The government shall endeavour to promote emerging industries, in order to help these industries take shape and reach a certain scale in a short period of time.

It is recommended that the Government shall seek for breakthrough by identifying and selecting one or two industries with high technological content and low supporting requirements, and provide support through policy tilts. As an industry starts to come in shape, the Government can move on to catalyze the development of another industry, and make progress in achieving re-industrialization as well as developing high-end industries. Among many potential industries, we think the biomedical industry is worth considering.

Hong Kong has always been a good choice for international experts to come and stay. Being affected by vandalism as well as the struggle between China and the US, the Government has to work harder in attracting talents to promote technological developments and achieve sustainable economic growth.

As the US has recently banned some mainland students and scientific researchers from entering, we should seize this opportunity and attract them to come and develop in Hong Kong.

Measures shall be taken to attract enterprises at home and abroad to set up R&D and production facilities in Hong Kong, especially enterprises from industries that Hong Kong intends to nurture. The Hong Kong Government should also implement preferential policies if the leading enterprises are willing to settle in Hong Kong, so as to facilitate the formation of the industrial chain and help scaling up relevant industries. 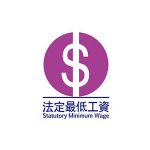 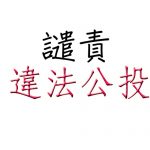