Statement of Condemnation of Illegal Referendum

The Hong Kong Chinese Importers’ and Exporters’ Association strongly condemns the call by radical, selfish groups for holding a strike and class boycott as a so-called referendum amid the pandemic and severe economic downturn.

Looking back at the social storms in the previous year, it is disheartening to see many innocent and kind students fall prey to violent instigators and are guided to smash and beat and even ruthlessly cripple others, by doing so they ruin their own future! This illegal referendum, once again, casts underage students at the very forefront of political struggles, leaving them victimized.

We have to save our children!

At present, all walks of life are deeply affected by the economic headwind and the unemployment rate has reached a 15-year high. During times when people struggle to make a living while the Government makes no hesitation in boosting the economy with huge reserves, radicals who are driven by self interests add insult to injury by launching political strikes on the pretext of opposing the national security law, Hong Kong’s economic recovery is far in the indefinite future.

The act of radical groups does not and will not hinder the implementation of National Security Law, but instead, proves the correctness and the necessity of protecting national security. 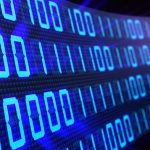 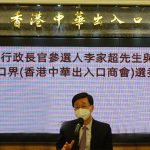