Vientiane Saysettha Development Zone in Laos (hereinafter referred to as SCDZ) is a state-level cooperative project jointly initiated by governments of both China and Laos. As a National Special Economic Zone of Laos and a National Overseas Economic & Trade Cooperation Zones of China, SCDZ has been listed as one of the successful projects during the early implementation of “One Belt and One Road” strategic planning in China. Its progress is under the great concern and support from both countries.

Covering an area of 11.5 square kilometers, the development zone is located 14 km away from the northeast part of downtown Vientiane, the capital of Laos. It is in the core area of New City of Vientiane. The golden location of SCDZ lies in the fact that to its north is No. 13 National Highways and to its south is the 450th Anniversary Avenue. Furthermore, it is 14 km from Lao-Thai Friendship Bridge and 19 km away from Wattay International Airport.

Saysettha Development Zone is invested, developed and operated by Lao-China Joint Venture Investment Co., Ltd. This company is co-founded by Yunnan Provincial Overseas Investment Co., Ltd. and Vientiane municipal government. The former is an overseas investment platform of Yunnan Construction and Investment Holding Group Co., Ltd. Guided by the model of “Industrial Development Zone + New City of Vientiane”, SCDZ will be constructed in three phases. In Phase I, it will mainly develop industries, the project area of which covers 4 square kilometers. In Phase II and Phase Ⅲ, the Zone will mainly develop logistics, commerce, trade, tourism and real estate and strive for the goal of Vientiane New City.

So far, it has completed infrastructure supporting projects and invested over 400 million dollars for land, infrastructure and supporting facilities, the project area of which covers 4 square kilometers. Besides road greening, lighting engineering, and “five links”, namely to be accessible to water, electricity, road, communication and network, all the ground is leveled. 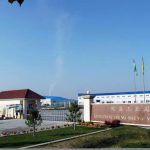 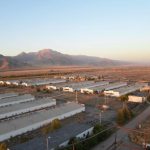