Safeguarding National Unity with No Tolerance towards Hong Kong Independence

Hong Kong is an inalienable part of the People’s Republic of China, not only does the letter tells that the CPG has no tolerance towards Hong Kong Independence, but also shows the CPG’s unwavering determination in keeping the One Country Two Systems unchanged and undistorted for the well-being of Hong Kong citizens.

Having the word “National” in their name, the “Hong Kong National Party”, however, splits up the nation with acts of secession and turns its back on the ancestors. Anxiety will be brought to the society while enterprises’ confidence will be undermined, such can bring unsettlement and hit the economy hard.

In the Association’s opinion, as the HKSAR bans the operation of the “Hong Kong National Party” in accordance with the law while the CPG requests a work report, both governments fulfill their responsibilities and exercise their rights given by the law. 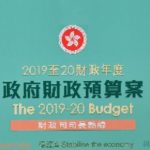