With the 127th China Import and Export Fair (“Canton Fair” or “the Fair”) days away, several online events were held for global buyers at multiple locations. Deputy Director General of the Foreign Affairs Office of Canton Fair, Quandong Liu, Maggie Pu and Yi Yu introduced the features of its first internet-based trade platform, including the registration process, language translation and supplier-buyer matchmaking.

Welcoming business associations, buyers and entrepreneurs from Africa, Germany, and other “Belt and Road” initiative countries, the online events not only aim to facilitate better communications between buyers and sellers but also create a channel for global partners and companies in the post-COVID-19 era.

The online introduction events connecting traders in South Africa, Kenya and Egypt attracted more than 150 buyers and company representatives across Africa. “We are looking forward to the first virtual Canton Fair bringing more business possibilities to African businesses”, said Alaa Ezz, First Under Secretary of State of the Egyptian Chamber of Commerce and Industry.

Africa is also an essential source of buyers for the Canton Fair, with the number of importers from the region standing at more than 15,000 every year. The trade volume of Central Africa has also achieved a record high in 2019, totaling 20,87 billion USD, a 2,2% increase year-on-year.

Canton Fair has seen a growing presence of counties along “Belt and Road” initiatives. The average number of buyers from BRI countries reached 80,000, accounting for more than 45 percent of each session. Canton fair has held two special introduction events in Uzbekistan and India, attracting more than 100 local SMEs and buyers.

Mr. Kumar, Vice President of India China Trade Centre, pointed out that “The Canton Fair is one of the largest international trade platforms that will offer tremendous benefits for Indian companies, particularly those in the second and tier cities.”

More than 80 German business association representatives from more than 20 industries in 14 states joined the online event, which has also virtually connected buyers from European countries such as the United Kingdom, Italy, Spain, Switzerland, Denmark, the Czech Republic, Slovakia and Greece in attendance.

During the event, Michael Schumann, Chairman of the Board of Directors of German Federal Association for Economic Development and Foreign Trade, stressed “The strong trade relationship between China and Germany.” He also noted how small and medium-sized enterprises benefit from China’s robust manufacturing capacity and the vast consumer market. “With this innovative measure, Canton Fair will bring enormous opportunities to German business communities during this difficult time”. 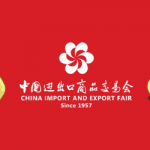