The delegation schedule is compact, including visiting the local factory of Xinyi Hong Kong, Malaysian Investment Development Authority, Ministry of Housing and Local Government and The Chinese Chamber of Commerce and Industry of Malaysia, meeting with Menteris Besar of Selangor and Mr Bai Tian, Ambassador to Malaysia. The delegation aims to understand the latest development of Malaysia and its investment advantage and to seek business opportunities for both Hong Kong and Malaysia.

Mr C Y Leung claimed in multiple seminars that Hong Kong is one of the top ten developed financial cities in the world, Hong Kong business development should not be limited to single area but diversified. Besides, Hong Kong has been a free entrepot without collecting tax, resulting satisfactory GDP growth rate. He believed if other countries would adopt free trade economic system could lead to considerable economic development. 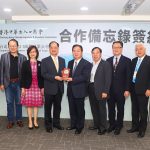